Join Casey Tours as we visit one of Queensland’s most remote outback towns, Birdsville. Traditionally owned by the Wangkangurru people, the town was originally known as Diamantina Crossing, but later became known as Birdsville. On the eastern side of the Simpson desert, the town is surrounded by vast plains and has a teeny population of 140 people (at the 2016 census). The remote local is well known for several reasons:

Established in 1884, the Birdsville hotel is an Australian institution. The hotel has withstood floods, fires, extreme weather and has welcomed travellers from across the globe. Make sure you pull up a stool and enjoy a drink with some of the tourists and locals alike.  The town also has several other heritage listed sites, including: Australian Inland Mission Hospital, Birdsville Courthouse, Burke & Wills Plant Camp and the Royal Hotel. 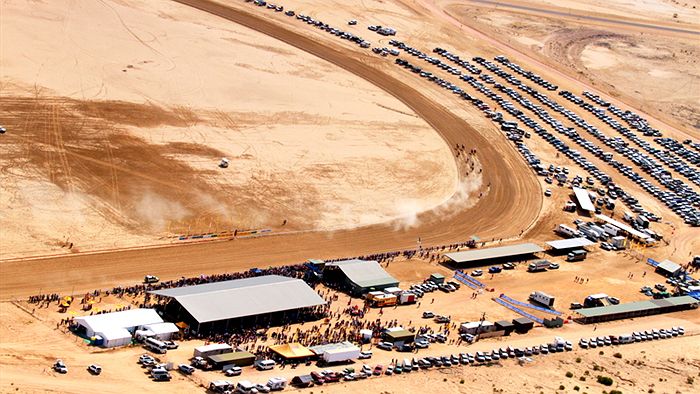 The 517 kilometres that runs between the town of Birdsville and Marree was first opened in the 1980s. It is one of the countries most isolated but best-known stock routes. The track was immortalised in The Back of Beyond, a documentary film by John Heyer. The track is reasonably maintained due to its popularity, however like any remote route conditions can change rapidly due to weather.

Held each year in September the Birdsville Races raises money for the Royal Flying Doctor Service. Each year the population of Birdsville swells from around 100 to 7000 people. The history of the races started in 1882, when the race was held within the town itself. Now the race is held at a race track which was established in the 1930s. The track is 2000 meters in circumference, well worth a visit even when the event is not running!

Ray Station was settled in 1874 by Patsy and Sarah Tully. The fully functioning station welcomes guests who can stay at the homestead, and experience true station life. Visit the pioneer cemetery, view historic photographs and displays, campfire stories from past and present station life.

Enjoy this stunning outback location from the air, get a new perspective on the Diamantina River, the town of Birdsville and the famous Birdsville track and this remote region.

Casey Australia Tours can take you to this region on the 14 Day Lake Eyre, Birdsville Track & Cameron’s Corner Tour. The tour departs on the 7th August 2019, and can be booked to depart from any capital city. The cost Ex Perth for a senior twin share is $4,890 and includes flight and many meals and attractions. Visit the tour page for all details or call us on 1800 999 677 to find out more about this tour.

By webcaseytour in Uncategorized on February 26, 2019

By webcaseytour in Uncategorized on February 26, 2019